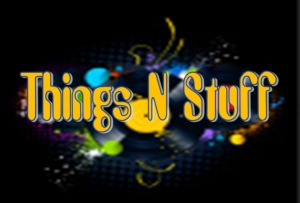 It’s almost that time of year again…in fact, it’s already here in some radio markets – Christmas music is about to take over (or already has).

But have you ever noticed one incredible fact? All of these “Holiday” stations play the same OLD songs over and over again. And the biggest problem is that they almost NEVER make a NEW Christmas standard. There are TONS of great songs released every year, and if they’re EXTREMELY lucky or are by a current superstar on the charts, they MIGHT get airplay once in a while for a year or two. But unfortunately, people want to hear the same old stuff every year. And radio, rather than risking what’s left of their audience, gives it to them.

Here’s an astonishing factoid – did you know that on this year’s first Billboard Christmas chart for 2020, SEVENTY percent of the songs are MORE THAN 30 YEARS OLD.  FIFTY-SEVEN percent are FIFTY years old or more. THAT is totally wacked out.

Here’s the stats: From the Billboard Holiday 100 taken November 22, with the number of songs by the decade they were released:

WOW. Now, there’s a good chance that by 2022, most of the songs from the 2010’s will fall out of favor and you won’t hear them again. That obviously happened to both the 1980s and 1990s – both decades had marginal decade-standards introduced that for the most part have now disappeared. The 2000s? Forgetaboutit.  Now the question is…why didn’t they have staying power? Because when it comes to holiday music, listeners want the familiar songs from their childhood. But…how can today’s children have their own music to listen to when their parents won’t let go of the old standards?  Answer – they CAN’T. And so we have another generation of kids growing up with songs that are 3 times older than they are. Pretty sad, if you ask me.

Now, I’m NOT saying get rid of the standards; let’s face it – the holidays would never be the same without Der Bingle’s “White Christmas“, Andy Williams’ “It’s The Most Wonderful Time Of The Year“, Carpenters’ “Merry Christmas Darling“, or Mariah Carey’s “All I Want For Christmas Is You“, among so many others. But maybe all these radio stations with split signals these days should be doing TWO Christmas stations – one for the classics, and one for a newer generation, with a mix of classics and newer songs to listen to and find a few to become NEW standards.

From the day after Thanksgiving through Christmas day, I’ll be making a split like that – two different Christmas shows for you from TKR on YouTube. “Christmas Countdown” will feature my favorite Christmas songs of all time, plus a few extras, and there’s quite a few non-standards on that list for sure. “Jingle Bell Jams” will be awesome Christmas songs from both past and present – quirky, fun, interesting, and highlighting some songs from all decades that would add a bit of spice to the same classic Christmas tunes.

You can catch both shows once they’re posted starting Friday, November 27th, on my YouTube channel, TKR VideoCentral, which is at https://www.youtube.com/channel/UC9-8Ha1CgLmTWg9H3tl6blA , and I hope you’ll subscribe over there as well – I have lots of fun stuff going on.

And may everyone have a decent Holiday season – after this year, we all deserve one, that’s for sure…