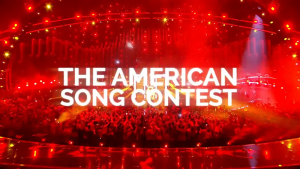 Variety is reporting exclusively this afternoon that the American Song Contest, the US version of the storied and long running Eurovision Song Contest, will launch during the 2021 Holiday season!

The contest is officially licensed by the European Broadcast Union, the official sponsors of Eurovision, which means that ASC will be a sibling telecast to the long running European version which has become an annual tradition since it’s start in 1956.

Unlike ESC, however, rather than pitting country against country, the American Song Contest will pit state vs state; one would  have hoped that this contest would be a “national final” for a broader contest that would pit North, Central, and South American countries against each other in a similar fashion as Eurovision, and that could come to pass down the line, but for the time being, it will involve only the 50 states.

As currently conceived, the ASC will take the artists – solo singers, duos or groups up to six members — one from each of the 50 states – through a series of televised state qualifier competitions, which will then lead to semi-finals to pare things down to a manageable number of finalists, and culminate in a live Grand Finale much like Eurovision has done for the past two decades. The production company will create The American Song Contest Academy, which will be made up of music professionals based in the U.S. representative a variety of genres and backgrounds, who will make up the juries, who, along with the regional audiences, will select top talent from all 50 states to compete.

I am SUPER excited about the new ASC, and I will cover this with the same intensity that I have covered ESC over the past several years; I will bring you any and all news about ASC as it becomes available!