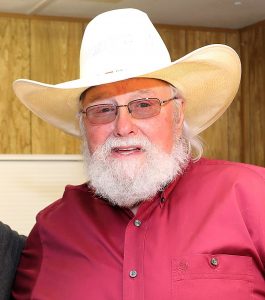 You know, it seems that ever since I redoubled my efforts to make TKR a fun and entertaining music site again as of the last couple of weeks, 90% of what I’ve been doing is reporting on the passings of a great many amazing people…

Country music legend Charlie Daniels died this morning in Hermitage TN of a hemorrhagic stroke; he was 83 years old.

A member of the Grand Ole Opry since 2008 and a member of the Country Music Hall Of Fame class of 2016, Daniels was a legend in the music business, with nearly five decades of music released. His first hit, 1973’s comical “Uneasy Rider”  hit #9 on Billboard’s Hot 100 and also crossed over to the country music chart, hitting #63 over there. But it wasn’t until six years later that he cemented lifelong fame with his monster smash “The Devil Went Down To Georgia“, which hit #1 on both the US and Canadian country music charts, and a solid #3 smash on Billboard’s Hot 100 in the summer and fall of 1979.

Daniels had several more hits in the early 1980s, including “The Legend Of Wooley Swamp”, “In America” and “Still In Saigon”, but mostly kept going through his massive touring schedule. He toured endlessly, and sold out shows throughout America for many many years.

He also appeared on numerous television shows over the years, and even tried dipping his toe into the waters as an actor in shows such as “Murder She Wrote” and “18 Wheels Of Justice”, and also voicing an animated version of himself in the long-running Mike Judge-produced animated comedy “King Of The Hill” on Fox.

Daniels was a staunch conservative and leaned even further to the right in later years. He supported generally Republican candidates and performed for quite a few of them as well. He could be controversial in his opinions, but was never afraid of causing that controversy; he always stood by whatever he may have said, and frequently made appearances defending his positions on the various talk shows and on the talking heads cable news circuit as well.

Daniels is survived by his wife of 56 years, Hazel, and son Charlie Daniels Jr.

Personal memory – I loved “Uneasy Rider” when it came out in 1973 – I was 10 years old at the time, and Mom didn’t have much of a problem about it, even though he used the words “hell” and “damn” in it several times; she and my stepfather both thought it was pretty funny, actually. But the country music station they occasionally listened to at the time, the now-long-defunct WMVO-FM in Mount Vernon, Ohio, wasn’t having any of it – they edited every singe swear word out of the song, and it made for an even funnier listen because they didn’t even try to disguise the cuts as they do now with some explicit lyrics…they left the jerky-sounding edits in, and it was a riot…and I bet Charlie probably would have laughed himself sick over it if he had known….