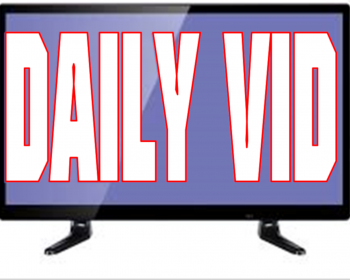 Satirical Russian electropop band Little Big, who wowed 2020 cancelled Eurovision fans with their hilarious across the board smash “Uno“, are back, and they’ve teamed up with Israel’s 2018 ESC winner Netta for their latest ditty! “Moustache” premiered around the world earlier  this week, and the song is good, but the video is HILARIOUS as always. Set in a world where all women have moustaches, apparently, it’s “Baywatch” meets “Law and Order” as the intrepid team of lifeguards try to discern who shaved the moustache off the winner of the beachside Miss Moustache contest…NO! I’m NOT making this shit up…It’s

END_OF_DOCUMENT_TOKEN_TO_BE_REPLACED

I’ve been talking this 13-year-old Florida-based prodigy up for almost a year now. Jacob blew me away when he appeared on America’s Got Talent last year, and I’ve been promoting him a lot both here and on my YouTube channel – his musical skills are amazing. On his latest video, Jacob takes on a variety of instruments, and it sounds AMAZING! If you’re not a fan of this kid by now, this video should make you one. Jacob is afflicted with Pervasive Developmental Disorder Not Otherwise Specified (PDDNOS), an autism-spectrum condition related to Asberger’s Syndrome. His musical talents started manifesting

END_OF_DOCUMENT_TOKEN_TO_BE_REPLACED

Seems like Eurovision 2021 is getting it’s usual early start…we’re just weeks from the beginning of the National Finals and Announcements season… Victoria, who was to represent Bulgaria in 2020 before the contest was cancelled due to the coronavirus pandemic, has released her latest single, “Ugly Cry“, and the opening slide contains an indicator that it is connected to the 2021 contest, but he notes on the YouTube post say it’s just ONE of the songs being considered. Victoria has been given a “bye” to return to the contest in 2021, and her 2020 entry “Tears Getting Sober” was a

END_OF_DOCUMENT_TOKEN_TO_BE_REPLACED

It’s been thirteen long months waiting, but it’s finally here! Benicio Bryant took the world by storm on the 2019 edition of “America’s Got Talent“, making it all the way to the finals. At just barely 16 (his birthday was September 8), the Maple Valley, WA native is already an accomplished singer/songwriter, and most of the songs he performed on AGT were original songs; the only exception was his choice of song to audition with – his pal and fellow Maple Valley native Brandi Carlile‘s smash “The Joke“, which he’d joined her to perform on “Late Night With Seth Myers“.

END_OF_DOCUMENT_TOKEN_TO_BE_REPLACED

If you’ve never heard The Strike (usually stylized as “The Str!ke”) you are missing out on a great band. I first discovered them back around 2012, when they showed up on my random daily list on Spotify, and I became a huge fan of theirs. But I hesitate including them in Daily Vid for one reason – whenever they release something new, a lot of their old stuff disappears. I don’t know if this is because of some kind of label deal, or whether the band just wants to keep things fresh, but truth be told,it’s annoying as hell. I’ve

END_OF_DOCUMENT_TOKEN_TO_BE_REPLACED

A blast from the past is what I’m in the mood for today, and Kajagoogoo fits the bill! Released in 1983, it quickly blasted up the Billboard Hot 100, peaking at #5. Although they would continue to hit the UK charts for the next two years, both before and after the band fired lead singer Limahl, they never hit the Top 40 again in America; Limahl would manage the same feat in 1984 with his first solo hit “The NeverEnding Story“, which peaked at #17 on the US chart. Both songs are fond memories of both people. I’ll do some

END_OF_DOCUMENT_TOKEN_TO_BE_REPLACED

Hey all – in case you haven’t heard the great news, the Icelandic Eurovision committee has elected to send Dadi Freyr and Gagnamagnid back to Eurovision 2021! WOO HOO!  In honor of that news, here’s Dadi performing his 2020 entry (and likely winner according to polls) to Eurovision, “Think About Things” on a German TV show last week – great performance, and we’re looking forward to Dadi kicking butt at ESC 2021 with whatever new song he comes up with for the contest! Enjoy!

END_OF_DOCUMENT_TOKEN_TO_BE_REPLACED

Of the various people I’ve talked Sawyer Fredericks up to over the past five years, only one has failed to succumb to his charms. At just 21 years old, Fredericks epitomizes the definition of the word “roots”; he writes and produces his own music, he releases his own albums, he plays flawlessly, and his voice is sent from the heavens. From the moment he opened his mouth to sing “A Man Of Constant Sorrow” during the season 8 auditions of NBC’s “The Voice“,  I knew he was destined for greatness; he went on to win that season’s championship at just