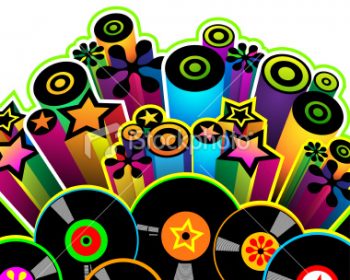 RED ALERT! CALL TO ACTION! If you are part of the online reseller community, or regularly make purchases online from merchants in the Discogs Marketplace (or ANY other platform that specializes in reselling), it’s time to MOBILIZE! And you CANNOT afford to take this lightly! A new bill sponsored by Rep. Gerald Nadler (D-NY), called the “Shop Safe” act, could and according to most experts on the subject WILL destroy the online sellers community as we all now know it. It’s long and confusing in places, but it focuses on burden of proof for not selling “counterfeit mark” goods, and

END_OF_DOCUMENT_TOKEN_TO_BE_REPLACED 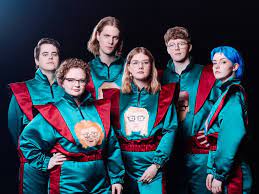 Iceland’s Dadi Freyr tweeted the following message to his fans this morning: A member of Gagnamagnið got a positive test result this morning. Unfortunately this probably means that we will not take part in the rehearsal today or live show tomorrow and a recording from our second rehearsal will be used in stead. pic.twitter.com/93yravOHSY — Daði Freyr 🥑 (@dadimakesmusic) May 19, 2021 and the follow up tweet: We have all been extremely careful the whole trip so this comes as a huge surprise. We are very happy with the performance and super excited for you all to see it! Thank

END_OF_DOCUMENT_TOKEN_TO_BE_REPLACED

HALLELUJAH!!! Prayers have been answered – Eurovision is returning to U.S. television screens! As part of their deal to be the broadcast home for the upcoming launch of The American Song Contest, NBCUniversal has put together a deal to air the 2021 Eurovision Song Contest – ALL OF IT – on their streaming network, Peacock! Unlike the European Broadcast Union‘s deal with Logo TV, who carried only the live finals from 2016-2018, and their deal with Netflix, which carried the show on a same day tape delay in 2019, Peacock will air ALL THREE Eurovision broadcasts LIVE in the United

END_OF_DOCUMENT_TOKEN_TO_BE_REPLACED 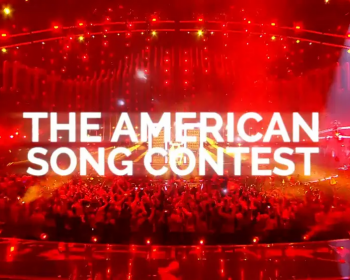 We’ve been hearing about “The American Song Contest“, the officially licensed US spinoff of the long running Eurovision Song Contest, for about two years now, since it was first announced during Eurovision week in 2019. Now, we can consider it official! A press release about the upcoming 2021-22 television season includes ASC as part of NBC‘s Spring 2022 schedule!  Here’s the press release: “AMERICAN SONG CONTEST” America’s biggest live entertainment event has arrived! Based on the worldwide phenomenon “Eurovision Song Contest,” organized for 65 years by the European Broadcasting Union and watched by 200 million viewers annually, this amazing musical

END_OF_DOCUMENT_TOKEN_TO_BE_REPLACED

If you were a teen girl in the 1980s, chances are you had a poster of Menudo somewhere on your wall; the year (or even the month, heh heh) you had it up would have determined which members of the rotating always youthful Puerto Rican boy band would have been featured. Ray Reyes, who was a member of the band during the days when Menudo attempted (and unfortunately largely failed) to conquer America as they had other countries, passed away on April 30 2021 from a heart attack; he was just 51 years old. Reyes, born in New York City

END_OF_DOCUMENT_TOKEN_TO_BE_REPLACED

Another day, another part of my teen years gone… Les McKeown, who sang lead for the major hits from mid-70s teen heartthrob Scottish band Bay City Rollers, died suddenly Tuesday (4/20), he was 65 years old. McKeown was the lead singer for the band during their major hitmaking period from 1973-78, which saw Rollermania spread around the world. They had more hits in their native UK and in Europe than they managed in the U.S. but still managed a number of smashes here, the biggest of which was their 1975 #1 smash “Saturday Night” (which ironically was NOT a single

END_OF_DOCUMENT_TOKEN_TO_BE_REPLACED

He was an incredible songwriter, and an even more incredible producer. Jim Steinman, the man who put Meat Loaf on the map in 1977 with “Bat Out Of Hell” and who helped his career resurgence in 1993 with “Bat Out Of Hell II: Back Into Hell“, has died, he was 73. Steinman became one of the most prolific writers and producers in the 1980s and 1990s, writing and/or producing huge hits for a variety of acts that crossed genre lines, including Barry Manilow (“Read ‘Em And Weep“), Barbra Streisand (“Left In The Dark“), Bonnie Tyler (“Total Eclipse Of The Heart”,

END_OF_DOCUMENT_TOKEN_TO_BE_REPLACED

11 year old singer Valentina and her fan-favorite song “J’imagine” took the Grand Championship at the 2020 Junior Eurovision Contest, telecast live from Warsaw Poland this morning and afternoon, delivering the first JESC victory for France in the contest. The song has been one of the fan favorites since it was announced in September. Kazakhstan’s Karakat Bashanova took second with her song “Forever“, and Spain’s Solea took third for her monster fan favorite “Palante“. The Netherlands and Belarus rounded out the top five. The show was a technical marvel, mixing graphics and video feeds together, as well as a live

END_OF_DOCUMENT_TOKEN_TO_BE_REPLACED 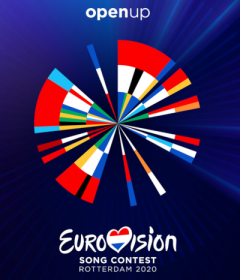 UPDATED 9/18 `12:24 PM ET with more info The European Broadcast Union made it official earlier today – no matter what happens, or what kind of circumstances they may have to maneuver, Eurovision Song Contest 2021 WILL GO ON! YAY! Methinks the earful they got about the cancellation last year has spurred them into motion. Preliminary info was released during the “Eurovision: Shine A Light” substitute special last May, but today’s video announcement makes it official. As the video below shows, they are going ahead, with one of four possible scenarios – Full Show, Socially Distant Show, Travel-restricted show, or