DISCoveries is the place to come to discover some great artists you probably don’t know but should…these are the emerging acts that TC highly recommends!

I’ve been a fan of Luke’s for years, but only recently has the musician in him taken over; he began his 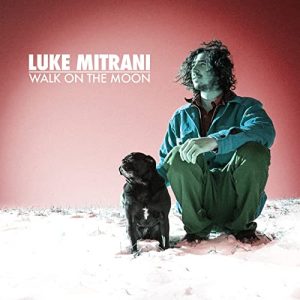 career as a professional snowboarder, burning up the winter extreme sports circuit, and even landing a win or two here and there. The younger brother of snowboarder-turned-broadcaster Jack Mitrani, Luke had a life-changing, near-fatal snowboarding accident a few years back, and while he still snowboards for fun, it was at that time that he turned his full attention to music. He’d been doing music videos, both on his own and with Jack, on the “Frendly Presents” YouTube channel (named for the group of snowboarders known as FRENDS that also includes brother Jack, Scotty Lago, and Kevin Pearce among others) for several years, but now has made music his full time career, releasing two fantastic albums of his music since 2018. He has a very cool style that is unique to him, part folk, part rock, part alternative, and part kinda sorta hip hop-ish (!), and it sets him apart from many other artists. You can hear the influence of artists like the Grateful Dead, REM, Santana, Matchbox 20, One Republic, and others in his sound. His debut album, “Walk On The Moon“, was released in 2018, and the title track became a HUGE #1 TKR chart hit that summer. He followed that up with his second album, “Live It Up“, in 2019, and his YouTube hit “Crazy Mad Beautiful“. He’s also got a number of single-only tracks out there, and they’re all top notch listening. You can find him on most of the major music streaming sites, as well as Soundcloud and Instagram. Luke just turned 30 this past week, and he has plenty of time (knock on wood, heh heh) to make a lot more fantastic music. Check his music out (the videos for the above mentioned songs are below, and barely scratch the surface) and let me know what you think – I think he’s absolutely awesome!