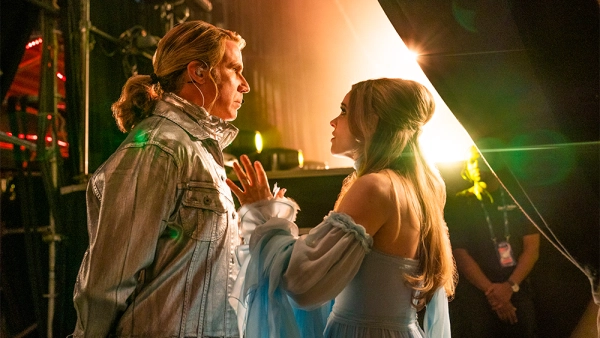 For those of you who haven’t heard yet, Netflix is premiering an original film later this week, “Eurovision Song Contest: The Story of Fire Saga“, a “comedy” written by and starring Will Ferrell as one half of an Icelandic duo whose biggest dream is to compete in and win the annual Eurovision Song Contest.  Now, not surprisingly, given who is involved, this is not a serious competition film, it is an utter TRAVESTY, as most Ferrell-penned adaptations (“Land Of The Lost”, “Bewitched”) have been.  And given their closely protected “traditions”, I’m utterly astonished that the European Broadcast Union even agreed to this film.  Like they always say, “be careful what you wish for…”

So it wasn’t exactly a surprise when Variety film critic Owen Gleiberman utterly ANNIHILATED the film on the show biz bible’s website this morning. It’s NOT pretty. In fact, it’s everything that’s the opposite of pretty.

If you’re a fan of Eurovision, I have a feeling this movie is going to piss you off in a big way. If you disdain the contest, you’ll probably champion this attempt to make a comedy about it. But for me – it’s just NOT FUNNY.

You can find the full review here!